During the 2017 Montreal mayoral election, Valerie Plante made a new metro line her signature campaign promise.  According to Plante “the creation of a new metro line […] will contribute to the improvement of mobility in the city”.

In February 2018, Quebec’s Liberal Party released a 4-year strategic paper in which a new metro line will contribute to the improvement of mobility in the city.

If all goes according to schedule, in 2025 Montrealers will be served by the new $6 billion “Pink Line” which will extend diagonally across the island from Montreal North down to Lachine.  Previously unserviced neighborhoods will get quick access to the downtown core while the busiest portions of the existing metro system will get some relief.

But what how will this new line affect the real estate market?  Will landlords be able to charge more for rent along the newly created corridor?  Is there going a rush to buy real estate near new metro stations?

Whenever mass transit enters a new neighborhood, particularly areas with existing amenities such as restaurants and grocery stores, the properties within a few hundred meters of a station become more desirable.  After all, who wouldn’t want to commute by train or metro instead of driving through endless traffic?

This effect was best exemplified when Boston broke ground for its Green Line.  Real estate and rent prices soared with properties nearest to station increasing by as much as 25%.  On the far end of the spectrum is San Francisco after the introduction of the Google Bus in 2007, which saw  properties around the desirable bus route increase by 10% to 40%.

The Canadian market generally follows this effect.  Rent prices within 500 meters of Toronto and Vancouver’s mass transit lines are generally more expensive than the surrounding areas.

Not always a fairy tale

While the effect is still being studied, the main culprit may be that investors and landlords got overzealous, which caused  prices to inflate drastically even before the line opened. Consequently, inventory stayed stagnant. During the subsequent market readjustment, prices dropped, and remained low.  One year after the line has become operational, prices are finally starting to climb.

Understanding the Montreal market is important in attempting to predict the impact a new metro line may have.

For starters, rent in Montreal is generally cheap.  How cheap? Historically, renters in Montreal pay about half the rent of their Toronto counterparts.  According to the Canadian Mortgage and Housing Corporation (CMHC), in 2017 the average two-bedroom rental in Toronto hovered around $1,392 while an equivalent rental in Montreal went for $782.  While there are still pockets in Montreal where rent rivals that of any expensive North American city, Island-wide it remains one of the the cheapest real estate market of the big three Canadian urban centres.

Montreal is also a renter’s market.  Compared to other major urban centres, the vacancy rate for rentals is 2.8%, compared with 1.1% for Toronto and 0.9% for Vancouver.  While there isn’t a glut of rental supply, renters have more options. Montrealers are also fluid; Island-wide the rental turnover rate is 17% compared to Toronto and Vancouver’s 14%.

Finally, the city already enjoys Canada’s widest metro system, with roughly 1.2 million trips completed daily.  Real estate and rent near existing metro stations varies widely. In some instances, the presence of the metro station barely has any effect while in others the effect is amplified.. Rent in The Plateau along the Orange Line is high not only because of the availability of mass transit but because of already-existing world-class amenities.

So what does this mean for the new Pink Line?

Investors who were hoping for a slam-dunk investment by buying along the new metro line may be in for a surprise.  While there is no doubt that real estate near and around the Pink Line will become more desirable, it’s unlikely landlords will be able to convert this into higher revenues.

Montrealers aren’t tied down to their rentals the same as Torontonians and Vancouverites.  If rent increases too drastically, residents have plenty of other options to choose from along an already expansive metro network.

While there isn’t likely to be a gold rush along the Pink Line, two neighborhoods have potential for growth within a few years of the Pink Line becoming operational.

This borough has a number of urban villages and all the amenities in place to support real estate growth.  Often seen as a more affordable alternative to The Plateau, the area attracts young professionals who prefer to be removed from the hustle and bustle of downtown, while still living in a trendy urban environment.

One of the biggest impediments to growth for this neighborhood over the years was poor accessibility by mass transit to the downtown core.  By bus, it could take anywhere from 30 to 45 minutes to reach the downtown core.

The arrival of the Pink Line means that its residents will cut the commute down to a mere 15 minutes, solving the one variable that has left this market underpriced.

Although already served by the existing Orange Line, new stations along the Pink Line will connect the neighborhood’s busiest, but currently underserved, spots to mass transit.  Combined with an extremely low vacancy rate of 1% in 2017, low supply, and high desirability due to world-renowned amenities, the neighborhood still has plenty of room for real estate growth. The arrival of the Pink Line will further cement The Plateau’s reputation as one of the most desirable neighborhoods to live.

While the Pink Line will undoubtedly raise rent in specific sectors, investors and landlords should still be cautious.  It’s unlikely every metro stop will see a major spike in real estate prices around it. That said, there will be specific sub markets that will become more desirable based on existing amenities already in place, leaving plenty of opportunities for the savvy real estate investor.

INTRODUCTION Rents will continue to climb in 2020 in major metropolitan areas in Canada, but … 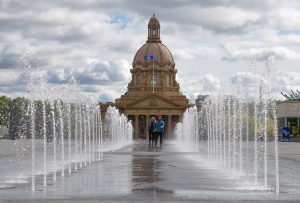 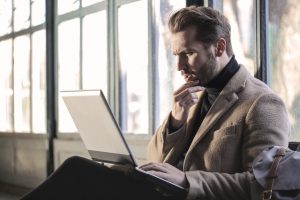 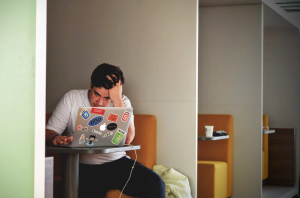 30 per cent income-to-rent ratio not achievable for many Millennials, according to Rentals.ca survey

Paying rent each month is becoming a tougher task for many Canadians, and renters are …